Plumbing Below the Radar 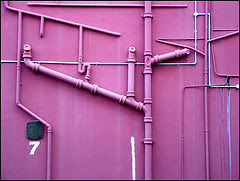 "Never mistake your presence for the event."

I'd like to say that the highlight of Tuesday's Open Mic Night was that I got to teach what I love in the manner I love doing it (teach). I'd like to affirm further that there was an airy effortlessness to the presentation. After all this was a captive, active group -- engaged, smart, skeptical -- all the requisite aptitudes. Finally I should clarify that the staging was in a stately conference facility with a robust wifi signal, no dial-in audience to accommodate, and most importantly ... no institutional middle man.

Truth is, the most gratification came from assembling two Boston-based information communities -- my PI/detectives and fellow SIKM colleagues -- then watching the collaboration fly across the conference table. The joy of discovery is one thing. But sharing that joy is pure rapture.

Kirstie Fiora filled in for my woeful event-planning deficits -- ushering in attendees past locked front doors and assorted roadblocks that escaped my logistical skills for bringing people together. I've been living off her Angie's Kettle Corn snack offering since the session ended. Pathetic.

In addition to Kirstie and brother Gordon, my improbable roundtable for round one included:

The premise of the News Radar theme was that we're fussing over stuff that should not rise to our radar levels. I demonstrated tools for flushing information waste products back down below the sewer line where they belong. On the attention scale we rake our mental bearings into three piles:

Way too much of the web is sheltered under the growth of pile #3. That's where I introduced the pruning shears of semantics, syntax, and search operators for pruning away the rubbish. I also tried to give them some bearings on when a scarcity of information actually calls for expanding the boundaries through keyword cultivation or the simpler queries that create more productive outcomes in ponds (specialty databases) in lieu of oceans (commercial search engines).

These examples were modeled on the saving graces of an XML-centric approach for having useful information find us -- assuming that web searches don't fall in the #1 pile camp. We used syntax to forge for RSS feeds. We used semantics to develop some word algebraics for trapping some common corporate event triggers (marketing, finance, regulatory, musical management chairs, etc.) We even set up watch lists to ensnare specific people we might call on that we can insinuate by the job titles in the announcements of their promotions.

We tested the relationship of push and pull sourcing by using Site Explorer to compare self-referring links to external ones as an even-handed basis to gauge the credibility of information providers by their web domains and pages. Finally we went shopping for higher level concepts like citizenship in Google Keywords and came away with the humbling conclusion that "Citizen Watches" were likelier to tell us Google time better than the Bill of Rights. Another discrepancy worth noting is the number of searches generated for terms versus the ad dollars they fetch, e.g. "SAS Document Management" yielded 73 searches last month despite its "competitive" appeal to Google advertisers.

The one underwhelming demo I thought was the section on rolling your own custom search engines. We grouped media sources back into their traditional pre-web categories. Remember the term "paid media" to describe the success of 20th century PR campaigns?" Didn't think so. The disappointment was in the lack of evidence that the keyword refinements did much to skew the results or tell the underlying story of the custom search theme. I also flew over the information pond completely. That means I didn't focus much on using Google as the search engine of record in order to qualify and build contact lists from social media sites.

I'm looking forward to the next several sessions in Western Mass and will try to localize them. Candidate projects on the agenda? Building alumni lists from LinkedIn of Five College graduates.
Posted by Marc Solomon at 5:56 PM No comments:

The Society for Useful Information
Home of Ututilis Consulting

See you there.
Posted by Marc Solomon at 8:15 PM No comments: 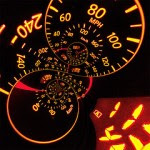 What you don't know may hurt you.

What you don't need to know WILL distract you.

Content is no longer king. At least that's what I read in the news paupers.

Content is a stammering, mucus-laden umm among the miscellany of unfiltered search results and anonymously authored web posts. In a world where pocket devices are publishing platforms, scarcity isn't measured in speed, access, or being connected but in making connections. Enter the sense-making territory of the web curator.

Imagine you're on the exhibition floor of the social media event of the century: information surplus? Meet knowledge deficit! That introduction is being brokered by a knowledge planner -- someone who can reconcile information supply with knowledge demand by anticipating:

The cultivations of web curators are based on the three pillars of interpretation: context, context, and context. Tell me who said it, who heard it, and where and what they said becomes immaterial. Tell me the way in which an appeal was made and the call to action falls by the wayside. Show me the eye-witness who lived through the event she's recounting and I get her authenticity implicitly as well as the emotional investments that would lead me to question her disinterested bystander status. An accomplished curator is not simply a message interceptor or retransmitter but a temperature gauger who positions the bursts and slowdowns of message traffic within the frame of reference of the personal radar.

We operate on a need-to-know-basis. If it lands off radar, our attentions don't shift.

In this tree-falls-in-the-forest scenario a Web curator is the best defense against the maladies of information fog such as A.D.D., insomnia, the blurring of professional and personal affairs, and absent presence -- the anxiety of device-enabled availability. That doesn't mean you farm your calendar out to a personal attention manager. That happens in a decade or two. But it does mean answering to the contextual value of our personal mental space: WIIFM (What's in it for me)?

The Market for Curators

So how does the curator find their niche? Being all things to all content consumers is about as relevant as trying to bury a subjective point of view. The new transparency isn't about leveling the playing fields of opinion. It's about linking to sources.  Unlike the ad-supported models of SEO campaigns a curator is not a human lynchpin for converting click-happy consumers. Idea people are not buying merchandise so much as arguments -- the kind that support the rationales for the advice they sell. Perhaps the killer app here is rediscovering the art of disengagement: finding no surprises when we reconnect because the curator has your back at all times:

She tries to communicate a need for balance to employees who report to her, too. “I worry about the speed at which they are going,” she says, adding that she wants them to “shut down” when needed, for the sake of their families and their health.

Assuming we know what keeps our clients up at night, what kind of radar-building equipment serves the needs of curators?

That's where a grounding in advanced search commands and even some grasp of tired, ol' traditional media segments can come in handy. If you use a custom search tool like Google Coop Search to bundle sources you can see highly differentiated takes on your pet peeves, hot stock tips, and celebrated rumors on the news horizon.

Run those queries in the form of event-based trip wires and the daily counts form the aggregated patterns of what blows hot and cold in terms of news coverage. Google Trends runs the media pick-up patterns in tandem with the same terms in Google searches -- in effect we have that same handshake from the trade expo: media supply meets (or misses) user demand.

These radar constructs are good for high visibility issues that soar and plummet from year-to-year. But many of our search targets would go undetected on such a public radar. For that we need to scale down to a more street level view through localities, community members, and more niche or locally based organizations. That's where an RSS reader like Feed Demon shines as a personalized approach to event tracking and the aggregated coverage patterns -- the IPhone of Google Trends, if you will.

The Value of Curatorship

Finally curators should sell their quantifiable benefits to a confused and distracted market. That sales pitch starts with single examples:

Abstractions like what the best-known are best known for might be a starting point for idea people. For more grounded folks it boils down to this -- one purposeful, unitary artifact that reveals the telling quote, table, framework or footnote -- diamonds in the ... umm ... content rough.

The bigger picture benefits will emerge once these evidentiary building blocks become ingrained in our web-based discovery process. That might be sweet music to sleep-deprived crisis managers. It may be a threat as well to the scientists of external risk assessment who traffic in the language of hysteria; the paranoid leading the parablind down an alley of would-be prowlers and invaders. No one likes to depart from the script. No one makes time for interruptions. They arrive unannounced. Their departure comes in its own time.

The impulse to panic is an age-old temptation not restricted to unsuspecting widows or defenseless victims. Is the concentration level thick with anticipation or diffused through false alarms and unmet expectations? Is it a wave of consensus or a squeaky wheel? A whistle in the dark or a charging stampede? What are the measured responses that address tangible perceptions -- not last night’s nightmares but tomorrow’s business realities.

A curator can discern the strength of association and tell you where you are in your crisis – floating near the bottom of a deep-sea or being washed into shore escorted by the storm surge itself.

Sound like answers you're not getting from today's Google? If you want a crowd, start a fight. And when you do, hire a curator who can point out who's in the audience.
Posted by Marc Solomon at 2:53 PM 1 comment: