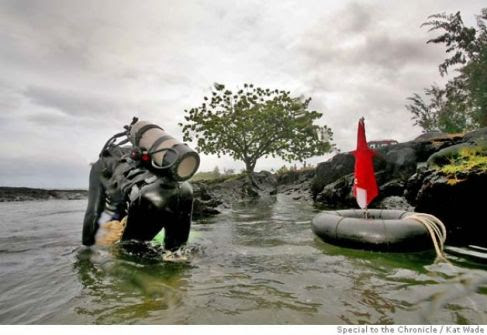 Since our species has evolved from hunting, gathering, ducking, and unplucking, our trading systems have moved up the same maturity chain. Once cowing, plowing, and bowing to lords and kings, we are no longer judged on what we produce but how we acquire. And while we agonize over how this all reflects on our values and grandchildren, our unblinking systems patiently await our future purchasing histories.

In a couple of dozen centuries we've gone from unwritten agreements and provincial codes to the recording of every articulation and graphical utterance. From fist clenches and handshakes to security tokens and payment releases.

Our free modern markets are at the ready for setting prices and finalizing sales but speechless when it comes to processing the loss of things once valued but never priced. We lose radio contact with value at the point where cheaper is the rationale for shortening a supply chain, doing more with less, not covering preexisting conditions, and the familiar litany of "house bets." Those free market calculations designed to lower prices without regard to their costs.

The Tyranny of the Free

Any 21st Century content connoisseur will tell you that we are drowning in the social costs for making information free. Information for a price is a world in which producers compete to know the priciest information, and then trade on that knowledge, benefiting the information, the linings of of their pockets, and the trading systems that carry their instructions. The world of free belongs to all of us and we're drowning in the details. It's a fishbowl, echo chamber, and labyrinth of transactions. A ticker-tape parade of personal metadata confetti. Our own claims of privacy aboard a Texas-sized flotilla of personal information garbage, brought to us by opaque password bypassers and lax regulations (with a capable assist from our own lethargy).

Is it any wonder we can't build a consensus around a set of shared priorities in a world where everyone gets to hear themselves think and the slightest dissension is an unwelcome distraction?

I'm not suggesting we go back to a world of publishing magnets, three national TV networks, and gatekeepers who defined the public interest through the prism of their own. But just because the content spigot is more control resistant  these days doesn't mean the biggest media mouths and ears can go on smearing and eavesdropping with impunity. And that brings us back to the marketplace of ideas where we shop. In these kiosks and stalls and pushcarts anyone with a bill-supporting income can ascend to the roll of benefactor -- a supporter of sounds, tastes, looks, and priorities that amplify our sense of what counts, knowing that the dollar we spend will be counted regardless of what the counters are thinking in their calculations.

Keepers of the Analog

Being a patron of the arts is not just about buying your CDs directly from the performers as mementos of the concert experience. It's more basic than that. It's about preserving the musical worship ritual itself.

The highlight of this past gift-giving season centered on buying two albums at Newbury Comics for my wry-witted, macro-analytical, and culturally clairvoyant step daughters. It felt both odd and compelling that the $40 for the two works equaled ten LPs back in the golden days of Disc-O-Mat, Sam Goody's, and Titus Oaks. It was also a trifle under the $40 more that I've managed to spend on downloads through the 2013 music season. But I'd be just as mistaken to confer a 1979 dollar value on the post record label musical food chain as I would for labeling the LP, its fluffy sleeves, luxuriating foldouts, and epic cover art as mere "packaging." Behind that hedonistic splurging of harmonic layerings lies a tactile immersion that focuses the mind on the concept behind the album, the liner notes behind the lyrics, the devotion to the vision in the sound.

If vinyl makes a comeback, can other pay-for-content packagings be revivable? Printing and reading text on paper instead of screens has a way of marshalling the concentration that is otherwise claimed by the labors of a competitive world, i.e. memorizing answers to tests. Another clarifying benefit of paper-based information is that it's static, doesn't beep or flicker, and awaits the scratching within the editorial margins to activate the reader. Print on screen is content that never sleeps. It's resistant to reflection, analysis, and the perspective-taking carried by the authority of definitive works.

We've lost that one big time in the online.

The Future Makes a Comeback

The question of getting it back is not reducible to whether there's a business model for offline content or a marketing edge for self-referential authority. The answer is to pay for the information whose usefulness will grow with time.

That doesn't mean a pointless retreat into a nostalgic past of argument-settling finality. It does mean cultivating the restraint, introspection, and deference given to containers that not only preserve the original contents but reveal that larger framework for committing positive and memorable change in our unyielding and inarticulate age. A time where the present is no better suited to take in the future than the haste and prejudice of our own self-selection.

Question: When the last time you picked over the hidden messages and visual nuances of the art on a CD cover? If you're like me you're harkening back to a time that never passed because it never happened. It's funny what choices the free, modern marketplaces make for us. Especially the choices it takes away that were never counted in the first place.
Posted by Marc Solomon at 11:10 AM 1 comment: