Ping Tone: Has the Line on RSS Gone Dead?

Twitter, Facebook, Google – none of the big three content aggregators are pledging net neutrality when it comes to sending and receiving news feeds outside their site domains. 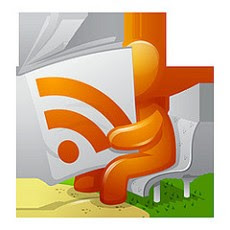 Copyright All rights reserved by mrg5_tv[/caption]

In the past two years they’ve all rejected that tireless and under-appreciated workhorse of boundary-free newsfeeds – RSS. All three have removed the ability to consume their feeds (or anyone else’s) via the open standard of RSS in favor of proprietary formats written to their own APIs.

Logging out of the RSS loop has a lot more to do with shuttling web traffic than shuttering the need for open content standards. In a world of cost-free information, RSS has managed to outlive its market without outlasting the need for it.

In his article Embrace, Extend, Extinguish: How Google Crushed and Abandoned the RSS industry, Ed Bott documents the decade long demise of Google Reader from up and comer to down for the counter:

“In an era of mobile devices, where synchronizing content and settings between multiple locations is a crucial feature, losing Google's sync platform is literally a killer.”

Oh my. Why is it that every trade opinion that passes as critical thought is based on the viability of an existing business model? The writing on that prophetic wall is this: If it’s too small for Google to keep the lights on, why still carry that RSS torch?

Bott concedes the point that RSS is still a viable channel for content delivery but not without the ping tone required in its consumption by mobile devices:

“Of course, Twitter and Facebook made a very large dent in the usage of RSS, but there's still a market there. A big one, in fact, if measured by the standards of a business that's not Google-sized. And now, with Google abandoning that service, any business that uses RSS gets to go back to the glory days of 2006. Ugh.”

As a business model it seems that RSS is a victim of its own success. An open standard co-opted into the activity streams of big social media. Leave smart phones out of it and you still have a surefire standard for delivering pull-based newsfeeds. That’s the stuff we know we’ll want to read in advance. RSS eliminates step one: the need to track it down before the more essential step: catching up to it within a sea of distractions and unfiltered merchandising.

The problem in a post Web 2.0 world there is at best a casual relationship between the utility of a technology and its commercial viability. RSS was invented at a time where content was still a monetizable notion. The investment lights have dimmed now that connection’s been severed by big social and search media.

The rationale in question starts with the assumption that:

After all, how could 5.3 million Delicious users go wrong? Easy. The ping tone went dead years ago on Google Chrome itself which never saw an RSS feed it failed to render correctly.

The result is that we early adopters and independent sorts face a new bait and switch dilemma: Take what big search and social media serve up for exploratory grabs but follow the money before you trust your intuitions for there is no free Google lunch. And we might do well to cast a wary eye beyond next gen beta pilots but something as basic as blocking sites in Google search results.

"…[A]ll have me questioning whether I want to keep investing time and energy in 'free' Google products or whether I need to start looking for paid services that are explicitly making money off the thing I am paying them to do."

In 2013 aggregators still haven’t figured out pull media. Until someone can aim news products at content consumers as well as friend updates on Facebook it appears that RSS will be relegated to hobbyist -journalists like Klein and the Atlantic’s James Fallows. As one of those pariah-researcher types I’d rather entrap my information than line the sights of would-be Ad Words sponsors.

RSS is one of those private label markup languages that's been branded as an activity stream by the social media creature elites. But if your primary goal is to make plausible contacts instead of instant monetization, there's a lot more to be done than hear first about how a friend-imposter's posted their latest bowl of snacks to their daily food updates.

The easiest way to round up to the most active feeds is to browse (not search) major news sites for their RSS sections. That's because there's no standard way that webmasters work this into their architectures. Here are a few examples:

You could parse this out with a splash of Google syntax + semantics:

Here are a couple of suggestions for embracing RSS even when big search and social are backing away:

The news volume of newsfeeds are erratic at best. Some channels are spam channels, a fool’s errand of cross-posted press releases that should never rise from the cutting room trading floor. Others may have lofty and expansive labels like WSJ.com: Deals & Deal Makers. But if you sample the stream you'll see a trickle. There's a world of difference between trying to tap a definitive source of transactional details versus a "word on the street" describing one subjective take on yesterday's foot traffic. It's actually more promising to start with the fire-hose (e.g. WSJ.com: US Business) and then reign it in with filtering that reflects your information-seeking priorities.

At first blush a dedicated RSS engine like Fresh Patents (http://tgs.freshpatents.com/search-rss.php) looks promising. The content's fact-based, plentiful, and non-commercial, (i.e. uncontaminated by search media spam). However, if your goals are marketing or sales-related, you might as well go back to school for your engineering degree. 'Launch' refers to "a launch and disconnect clutch for the electric motor of a P2 hybrid powertrain." 'Startup' is not about fledgling bootstrap firms hoping to turn the corner on their latest angel round but a literal key turning inside a literal ignition: "During startup of a DC/DC converter." You get the picture.

3. Know that RSS is transactional:

One reason RSS is oversold and underperforming is this notion it's like another communications channel (something you turn on and off). It's not the definitive response to fruitless searches or the final word on being up-to-date. It's a rapid-fire trail of updates crunched together in the form of news articles, database results, or changes to a list, i.e. most emailed stories. At its most passive, setting up an RSS feed is a three-step process: (1) picking your feeds; (2) filtering them down to a manageable size; and (3) trapping results that are in useful enough form to act on directly in the form of a lead or a contact or a list of references.

One answer to the limits of RSS is to forsake it completely in cases where you already know what you're looking to track. For example if you have a finite number of search targets to track, you can set up camp outside specific customer and/or competitor websites and be alerted to specific page changes at WebSite-Watcher (http://www.aignes.com).

If you're still game for proper RSS feeding here's a simple, unchanging success factor: Your reader or the interface you use to review, flag, track, search, and ultimately transform into your own priorities. There will always be a need for a world-class RSS reader, if not a market.