Three Strikes and You're In 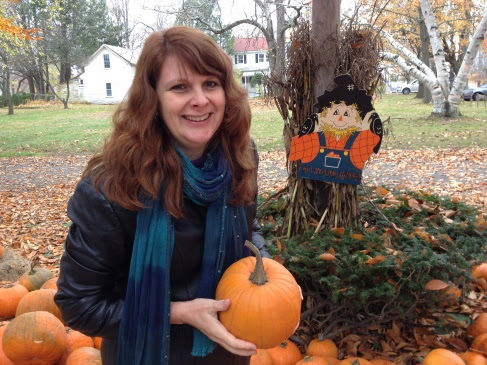 I've been married three times. I don't know anyone else who has their names on three divorce decrees. And as improbable as it may be to have been undone by three declarations, eyes, hearts, and futures wide open. Three former wedding anniversaries. Three former mothers-in-law. Three former wedding toasts. It almost sounds exotic by the enormity of its dimension. Reminds me of my father's legendary request for his second wife to marry him on the same day as his first marriage so he'd only need to remember one date. With practicalities that impulsive, who needs secret valentines?

I am just now starting to appreciate the majesty of living in an unwavering state of love. I am stilled by the calm and quivering in the excitement of this very same love. It's an exploration of a mutual understanding that begins in adventure and carries me to a place I had only dreamt of before I met this love. That place is home and I'm surrounded by a nest that exudes anything but emptiness.

It's easy to overthink the role that destiny plays within the prism of possibilities that form the backdrop of a flowering romance. Easier still is to over-reach the emotional lift of falling in love. That it will bring stability to all we hold onto and change to every temptation we can't resist for letting go.

In retrospect each marriage was a reaction to a prior commitment -- not the right expression of a passing courtship, no matter how lasting or genuine the nature of these friendships. In but one of the disolutions was there someone else to spark the break-up. The truth is that I could no more ask my first three wives to honor their marriage vows than I could ask them to change their own guiding path or true nature. I accepted divorce not as a judgment of faith or commitment but the simple admission that three people had tried to maintain an appearance, to be something they were not. I accepted they were no longer in love with me as the rejoinder of an inertia-laden descent into a calculation best approximated as Bal's law of "diminishing returns."

It's a bit like the Central Square Payless shoe store I was shopping in last night. I tried on the 9.5s and they were too wiggly. I went down to the 9s. They were overly snug. I walked away from marriage with the sinking feeling I was walking on 9.25 feet in an unpaved world of unwearable fashion. That feeling only persisted when I went back to online dating -- especially when I tried to explain to potential dates the sincerity behind not wishing to walk directly into marriage #4.

The first time I dated Patty I had checked the open relationship box. At the time it was hard to see how monogamy was going to expand my experiential horizons. It almost seemed a bystander, a pattern that held fidelity hostage to a lifelong quest for home and family. The more I played by the rules, the more they played me, boxing me into a corner of choices that found their voice in the language of rejection:

The sentiment feeding all these lines comes from a Matt Pond PA song called Locate the Pieces. It describes the isolation of a break-up when a couple's feelings for each other can't outlast changes in their relationship:

"Lately, I don't know what I could want from anyone."

That was my idea of holding on: to ask for nothing and expect less in return -- not exactly the cry for help that might inspire reaching back to Mister Solo-mon! Could I accept the uncertainty of a sputtering journey, a makeshift arrangement? All I could offer in exchange for hard-stop choices was the gentle acceptance that these misgivings were exception-proof. I can tell you through experience that loving someone for whom they are (apart from the best laid wedding plans) is not a marriage-preserving separation. It's a deal breaker.

Relationships abhor placeholders even worse than nature has it in for vacuums.  Whatever hurdles real or imagined would be cleared in time for a love to rekindle is one hope I have learned to extinguish. But the hope I held out for is the most intoxicating rush a spouse-worthy love scout can fathom: one where we're loved for who we are -- no matter the rawness of our wounds or the staleness of our circumstances.

It was that promise I heard being answered when Patty looked down at her plate on that first date and told me she could not abide by open relationships. I folded my cards almost as quickly as my dinner napkin. I'm one clumsy negotiator -- and proud of it. The pride lies in knowing my forte is in setting scenes, not in telling stories.

Patty and my story is a marvel of reverse engineering. Every tender adversity is an affirmation that we have something right and true to share. Our respective experience resonates through every loose end and unkept resolution. It's like we met in the relationship repair shop -- and we were both minding the store!

If I haven't already said it plainly there is all give and no rebound at work here. I can tell because...

* I ask things of Patty and she responds by spoiling me.

* She asks things of me and I'm honored.

* I laugh. She laughs back.

* When I leave to work in Eastern Mass she supports my travel. That's an inescapable presence in a drifting void for most of my adult life. I acknowledge this and call each night we're apart.

I pour my life into hers. I do it with the gratitude that I won't die with this replenishing love still inside me. I give it without qualifiers, conversions or justifications. On this Valentine’s Day, I give it to us. Measurement free.

The truth is that for all my passing grades and failing marriages all these lessons together add up to a smidgeon of why I found my life partner while I'm here. The rest is luck. It's purity diluted somewhat by my appreciation of the past as prologue. The rest is just an inkling of probability. There is no deserving this but a simple grace uncoerced in the heart.
Posted by Marc Solomon at 6:15 AM 1 comment: