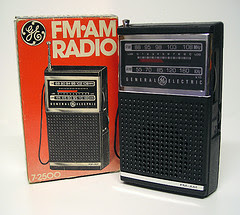 When I was a young, media savant living on Sound Beach LI, my lullabies were serenades from a firetruck red transistor radio. They were crackled codes from a Gigantor-like transmitter up island to a ravenous nine-year old of the North Fork on the knife-edge.

Chock it up to loss of reception and the never well-received plain old loss. Every broadcast was a light tap of a the glove pocket. And in the webbing landing Lindsey "the full" Nelson or Marv Albert + (John Andariese or "Big Whistle" Bill Chadwick).

Baseball may have been my best math teacher. The broadcasting crew was my seasonal theater club. Marv was my voice coach and the sports desk at Newsday (Stan Isaacs, Steve Jacobson, Joe Gergen, Joe Donnelley, Tony Kornheiser etal...) formed my english department. But the jet age appliance that connected us in the days before Sports Phone and Federal Express was Little Met Radio "LMR"). (This was the pony express days of the pre-digital era when letters had a fighting chance of arriving without zip codes).

I wasn't going to touch LMR's nervous, straining dial unless a pop of static bolted from the pillow muffled between its mouth to my ears: "Sorry mom. I don't want to slump through another groggy tomorrow!" Little Met Radio couldn't promise that Agee could drive home Boswell in time to protect Koosman's complete game win. It couldn't even guarantee free and clear access into the New York media control tower. But it could toggle between AM and FM -- on and off switch included. It could deliver static in a whisper or blaring mono in glorious analog. It came with no camera, calculator, MP3 tunings, spell-check, or downloadable blow dryer -- a surefire killer app for this period in hero worship. No marketing organization could trace my antennae landing in the rims of their spyglasses. I was connected on the receiving end only.

This summer I returned to revel in its fist-sized brick of simplicity. I stumbled on this lost generation of handheld and heartfelt wireless in someone's showroom attic in Kittery, Maine. I bought a young solid state GE AFC. Its 4 volt EverReady heart was beating vigorously though the tunnels of antiquated formats,  relentless feature creep, and answers to trivia questions only a Met fan could endure.

But here's one other timeless truth embedded with free delivery. It's that I had as much choice over my programming as the materials used in the umbilical wiring of my own pregame show. True, I did switch allegiances from the Rangers to the Islanders before the expansion patsies were even a playoff threat. But for the most part all the requisite joys and sufferings were programmed for me:

... was based on the time and space extending through the stations on that Little Met Radio. Songster Al Stewart ("You're on my Mind Like a Little Met Radio") informed us that "sadly, we can't choose who we fall in love with." We should have learned this lesson through our sports teams. Winning the last game of the season -- is that the perennial standard for relationship success?

I think my pal Garo summed up this sense of predestination best after the first of two epic Met collapses in '07 and '08:

"My life is great, everyone I love is happy and doing well and all my friends are in good places; why should the fortunes of men whom I do not know and might not even like matter to me any more than, say, the success of a community theater in Dayton? (The intensity of how their fortunes affect me is disturbing; I've been more upset over a given regular-season loss in the past ten years than I was when they got side-swiped by the Dodgers in 1988.)

I think it's because I've inexplicably developed stage mother syndrome where they're concerned. As in, maybe I've reached the end of my days of accomplishment, and I've decided to transfer all my hopes and dreams to them. As in, "Look! My team is in first place, and therefore their achievement accrues to me and I am not a failure!" Insane, I know, particularly since very few people in the world actually know I'm a Mets fan, and most of the people I know don't even follow sports at all.

I have absolutely no idea what the cure is."

Little Met Radio is not the cure for stage mother syndrome. But that baby monitor in vitro will continue to bark out the lurid details to impression-seeking, green ear buds. To fumble for the off switch would be to suffer -- in the vacuum of radio silence.
Posted by Marc Solomon at 6:00 PM No comments:

Learning how to Learn 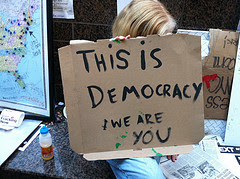 Last week I drove two-thirds of the way through Massachusetts and back in the middle of a work week. My mission was for my son and me to take a non-credit workshop offered by Greenfield Community College. The topic was about using Facebook as a genealogical  tool -- certainly not what Facebook's forebears had in mind. Apparently that oversight was shared by the rest of the Greenfield community. Not only were we the only ones to sign up but no one informed us that the class was cancelled until we got to campus. In tough economic times we cling to the bedrock of family and to our own frugal resources. What could be a better match than social media for ancestors?

The gap between this proposition and the follow-through reminds me all too well of my own marketing efforts to teach Internet research tools and techniques -- something we all, few do well, and nearly all of us do alone. You know you've got a major rebranding effort on your hands when there's a gaping hole between an information surplus and a knowledge deficit. I say rebranding because the chasm represents both a black hole and a golden opportunity. When that deficit has a clear direction the answer can be engineered into a customizable package. In fact any binary problem is reducible to an "applification-in-progress."

The biggest riddle is not about the closest pizzeria for vegans or the cheapest flight out-of-town next weekend. It's about the trappings -- which data supplier dancing on whose interface and how to carve up the winnings at the close of each transaction. That's the information supplier tail wagging the market demand dog. It is a short tail and the dog needn't learn new tricks.

Wasn't it Steve Jobs who said: "It's not the consumers' job to figure out what they want."

That's certainly true when it comes to designing and perfecting elegant gadgets. We're no likelier to build the next killer smartphone than the market research rationale for keeping Apple one step ahead of a jittery market. We're consumers. As such our participation is limited to parting with our assets or squirreling them away.  When will the future arrive and what will it look like?

Problem is ... the market has only half-spoken. 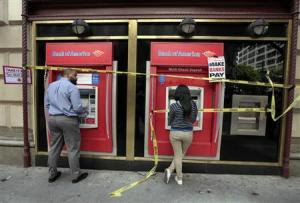 Now what happens when a question runs on more dimensions than zeroes and ones -- an objectified and reproducible set of truths and falsehoods?The engineering math is less persuasive when responding to half-truths: What's the consequence if it is true? The severity if it's not? These are two-step problems that require a higher form of reasoning than shadowing a users' intention in a search bar. These questions are no less pressing if they don't map to the still-life webcams that play on beneath the skin of Facebook.

It requires that the user exists for more than click patterns and one-sided transactions involving word choice. But what if the model was reversed? What if those knowledge deficits were answered by an online republic of producers (who also happened to consume)? And they would use information -- not simply be used by it in the quest to plant a suggestion or prompt a purchase.

There is no obvious business model for solving abstractions that can't end up in actual inventories and find their way to literal doorsteps. Does the consumer still benefit from a passive acceptance of supplier-sided engineering?  Before the costs were driven out there was a direct line between higher consumer spending and a tighter labor market. There was originality to the questions forming before user curiosity was placated by Google Suggest. Nowadays shopping is feeling a lot less patriotic than in the wake of 9-11. There is no Peoria play here. The American middle-class has lost its credit line faster than you can see the swelling ranks of independent voters. Where is the next breadbasket of packaged fare? That's a supply problem (and it's a sack of rice).

The demand problem is that we need to teach folks how to looks after their own interests. That's the only way to dial back the simmering resentments which spark disenfranchisees in search of a franchise and a bargaining chip called name-your-price. In the Arab Spring it was political freedom. In the Bank of America fall the tipping point is ATM fees. But whether it evolves to a substantive movement or a meandering bitch list, one demand side factor is unequivocal: the power is ceded to noisy minorities. There is increasingly scarce upside to continuing along in the role of unquestioning consumers. That's the future nearly here where a once silent majority is on the receiving end of the predator drones released by Google | Facebook | Amazon | Apple: the four horsemen of the holy platform grail.

Can you guess the predators from the drones? Once you do I have a course I'd like to sell you. It's called self-education and it's being taught by the experience of doing your own homework. Otherwise I'm sure there's a search engine that will sell you the answers -- the ones which work for them.
Posted by Marc Solomon at 8:16 PM No comments: