Revenge of the Passwords 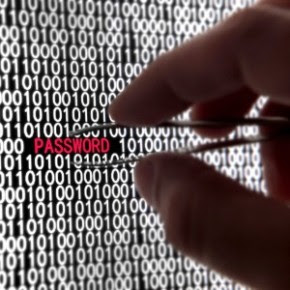 What is that invisible and shifting divide between helpful and hindrance? Between being useful and being used? Between being a consumer assisted by a labor-saving device and an unsuspecting supplicant being consumed by a tech consumer juggernaut? This boundary is often defined along age lines, between geeks and luddites, Silicon Valley versus the rest of us, etc.

But those boundaries can come down any time they're crossed. And they're being crossed faster these days than we know where those borders are shifting to. Do I want my sleep compromised by the timely interruption of the forecasted obstacles in the day ahead? Do I want my robo-car decelerating at the hint of a green-to-yellow traffic signal? If I pre-set my controls to accelerate for yellow lights will my settings be overridden by drivers willing to pay more for their need to run yellow lights (or outrun traffic laws)?

As Claire Cain Miller points out in last week's New York Times piece "Apps That Know What You Want, Before You Do," the lines between creepy and cool are not always so clear. Even drawing them to familiar boundaries can redefine whether these lines are crossable or whether we know which side of the divide we favor.

How about an app that tells you your team has stormed back from extinction and is on the verge of a heroic comeback? Who could argue with good unexpected news?

You don't need to be a sage in your gray beard years to form a healthy distrust of one's short-term memory. How about an app that guesses at all the PINs you favored the last time you checked your miles for a carrier you haven't flown on since all the unused points were traded for magazines that had since suspended publication?

It's the scope creep that shadows us in our expectations that our corrosive bodies can keep pace with our supple minds. By the time we hit 50 we have a strategy for nearly all the unexpected we can fathom from our heads, hearts, and stomachs. That's where the specter of a programmable salad of personal apps sounds more suggestive than proscriptive, more about limiting choices than about optimizing the meaning of direct experience. That's a world where we're reaching out to engage skin, bark, dirt, and surf at the expense of touching another screen. But it's not just the sensual world. It's the fragility of our rattled dispositions. We need time to absorb the untimeliest of blows. Lay-offs, divorces, suicide watches, and cancer readouts are not necessarily what we want scanned into calendars, socialized to networks, or tracked by prognosis. The machine is there to mitigate the risk to the programmer, not the defective nature of the harboring human. Are we really being blacklisted when we're disinvited from events that don't support the commercial aims of the event planner?

One of the guys interviewed for the piece put it this way:

“We have a technology that isn’t waiting for you to ask it a question, but is anticipating what you need and when is the best time to deliver that.”

It's helpful when the trajectories of predictive search factor in traffic patterns. I'm positively elated when my phone asks if I want to disable the shake to shuffle. You know I do. Maybe it will grow fonts as big as my visual deficits when it detects how big my faultering eyes need to enlarge interfaces? Until then a few more developers have to turn middle age, And create a clapper for all that as yet unattached body armor we leave behind. Most likely these will be from appointments we had little hand in scheduling. And that's fine with a delivery system in which the messenger and message shaper are one in the same:

Posted by Marc Solomon at 8:27 PM No comments: