On February 11th the life of Stephen Pollan was celebrated through the story-telling of his many loved ones. We piled into a spartan rotunda sanctuary on a soggy mid-winter Sunday. Each family member blended the banter of the long holiday Pollan family table with the intimacy of Stephen’s confidences.

Some of the jokes included madcap flights of Stephen basking in his own oblivious regard for social conventions like routine lawn care, daily exercise, and wearing pants. There were deadpan emails about how “your mother and I have decided to remain together” topped off with a “decision to adopt.” His imagination was his mantra. Self-help publishing was his chosen industry and his go-to, primo advice? He recommended – even commanded his flock to make something up:

The unanswered question invited a rationale to the inexplicable -- not to the wrong answer. This strategy played out on dual tapings of CNBC programs where he volunteered his son-in-laws as side-kicks and understudy answer men to America’s financial concerns. One of the joys of being at the memorial was the family's invitation to the overflow in the gallery to contribute their own stories -- many drawn from the shared confidences of his appointment-packed advising calendar. It was a fascination to contrast Stephen's disdain for pecking orders, public stigmas, and peer reviews for the multi-dimensional perspectives he offered to his clients.

At home he might putter around in his boxers and thumb his nose at social conventions. Self-cast in the crusader role, he revisited those arbitrary norms in his practice. Much of his work as a professional fear remover meant cluing his clients into the insecurities of the boss and the self-preserving nature of our employers.

He was in our corner. He was leveling with us. What wasn't shared at the memorial were memories of imposing Stephen, his formidable presence in that 1:1 consult, and those classic warning signs in the alarm bells set for plan A graduates lacking in a plan B or a credit reserve:

"Your credit rating is your adult report card."

Yes, that was the first direction in the money trail: The job is for the income. Your life is what you do with it. The inference? Confuse the two at your own peril.

I recall these mind-shifting bits of wisdom. It was flattering to have America's answer man as my personal sense slapper-ON-ER. It was sobering enough that adulthood had launched without the opening of my career parachute. Now my loving uncle was splashing cold water on my plans for world conquest. Either way Stephen was intimidating. I needed to come to terms with what college graduates from small elite liberal colleges have been doing since the day they set their sights on the New York City job market, and the only open door is a revolving one.

I severed the connection between career ambition and self-expression. Musings were not bankable assets. Rather it was about counting on the wits – those self-preserving instincts you’re told to “keep about you.” Unfinished college writing projects were not going to pay the freight. Stephen's wake-up call convinced me the creative portfolio was the actual baggage.

That office consult intimacy was much better tailored to a call-in show than to speech-making and lecturing though I feel cheated that I never saw him teach -- an idea he flirted with but don't recall him pursuing. 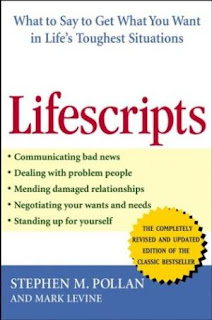 Outside the clergy, Stephen spent more time inside the trepidation chamber than any counselor – financial, job, life or otherwise. Perhaps that was the spark to what I consider the capstone of his publishing legacy -- Life Scripts, a book about diagramming difficult conversations.

My bumpy transitions and post graduate missteps are not what I remember about Stephen office visits. Nor were the actual answers he provided or advice he gave. It was that mental calculus in the processing between problem and solution. He folded his hands to his chest. He leaned back in his chair, he looked up at the ceiling as if it was an opening to his imagination, and he met your eyes with the reassurance that he had just traveled to the exact place you needed to go.

Sometimes it was whimsical but it was always honest ... except when he left open some wiggle room for teasing.

Michael and I shared an appreciation of a uniquely Stephen-ESQUE superpower on the day before he died. I was rummaging through emails on the train ride into see him, Corky, and the family that day when I came upon a message from the early aughts. In one post he declaring his enormous pride in the achievement of a client I neither knew of or of the actual accomplishment. What struck me was just how personally he had invested in this person, as if their fortunes were entwined.

It's hard to imagine in these hedging and tentative times that someone could be so unguarded in their giving and so fulfilled by it. Stephen gave to causes and many of them were the people whose lives he touched. They showed up as anecdotes in the chapters of the books he wrote with Mark Levine. They were revealed in his big picture understanding of our need for approval, recognition, and most importantly, love. And those folks formed a collective band across the rotunda, a band of love on full display for this memorial and times to come. 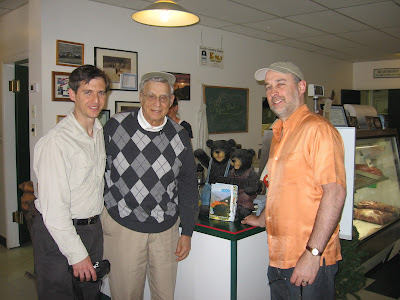 Dwelling in these remembrances I recall the unchanneled warmth and affection he lavished on his family and close associates with the measured and watchful guidance he gave me in more formative times.

In one sense they are two sides of the same kindness – a generosity we all embrace.

In more recent times I would imagine that my brother’s sons had a very different experience when they sought that same signature guidance.

Stephen had changed our lives and we all understood how that had changed his – all for the better.